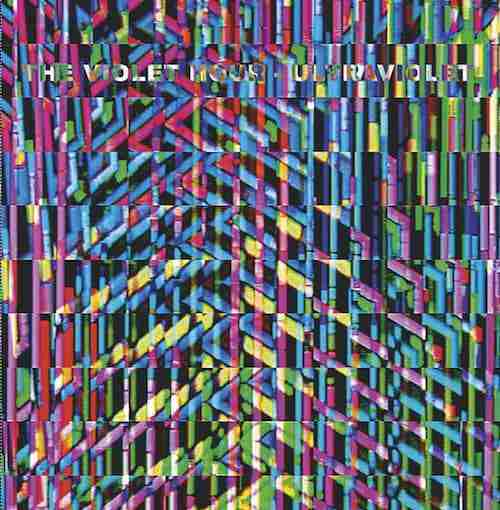 Not sure how we missed this one. Fort Romeau, an artist we have admired since his 2015 LP ‘Insides’ and more recently for his sublime Secrets & Lies EP, has teamed up with Panorama Bar resident Massimiliano Pagliara to create: The Violet Hour – Ultraviolet EP.

Released by the synth-tastic House Music label Cocktail d’Amore, a label we featured last year with Chymera’s – Rainbow Brite, should mean we can expect more synth action than a group of kids riding BMX’s and chasing strange things?

Fort Romeau has long been known for his love of transistors, valves, twinkling lights and cables, a love that has driven his music towards the 80’s & early 90’s in terms of both sound and texture. A sound that if not managed carefully can come off as a little too Miami Vice meets Beverly Hills Cop. Which is fine if you’re wearing a white flannel suit and pushing bananas up peoples exhaust pipes, but otherwise not so. The Violet Hour is most definitely in this territory also, as you can probably tell from the artwork, and with the exception of the track, Ultraviolet, the EP successfully manages to keep things flannel free.

EP opener ‘One Morning In The Future’ relatively speaking is the darkest of the three tracks, and as such the most satisfying. Whilst there is a hint of 80s luminescence it is sufficiently dulled down to create a tight and pulsating, almost techno like, synth work out. It’s not until the 5 minute mark that a Tron like lead hook takes centre stage and resplendently leads us home. ‘The Violet Hour’ follows, and as we suggested above, treads a little too closely to 80’s cliche. Which is fine if you like that sort of thing, but for us it came off as a little twee and flimsy. Thankfully the intro for EP closer ‘Prisoner Of Love’ quickly erases any of those misgivings with its stripped back mid 90’s Daft Punk like drum loop, and signature Fort Romeau bassline. Both of which underpin a more 90s feeling synth workout. No Jane Fonda here. However despite the strong start Prison Of Love can’t resist the inevitable inclusion of a mellowing sustained synth chord, which while pleasant, cools much of the tracks initial energy and intrigue, shame.

Overall The Violet Hour – Ultraviolet is a satisfying and well composed house record, with ‘One Morning In The Future’ easily the standout moment. Our only gripe would be that as a whole it’s a little too polite, the sort of EP you could take home to your mum! More grit please.